Myosure is a device used during a “D&C” that removes polyps or fibroids from within the uterus. It is a very thin device that slides through the hysteroscope (camera for the uterus). In the “old days”, we had to remove polyps by firmly scraping the lining of the uterus. Now, using the Myosure device, we can remove polyps in a much more gentle and efficient way.

Why do I need to have the Myosure procedure ?

If you have had heavy/irregular periods or bleeding after menopause, the chances are that your ultrasound shows a “thickened lining” of the uterus. Often this is caused by a growth inside the uterus called a polyp. These polyps need to be removed because they won’t go away on their own and sometimes they can be cancerous.

Can the Myosure be done in the office or do I have to go to the hospital ?

The vast majority of patients can have their Myosure procedure done in the office. In our office, we give patients several medications to make them more comfortable during the procedure.  It is usually very well-tolerated and we often hear patients say

What happens after a Myosure procedure ?

After the Myosure procedure, we ask that you go home and rest for the remainder of the day.

You can expect light bleeding for up to 2 weeks after the procedure.

How do I know if the polyp was benign or cancerous ?

The polyp/fibroid that Dr. O’Sullivan removed using Myosure will be sent to the pathologist for exam under the microscope.  We will call you in 4-5 business days with your pathology results.

Where can I get more information about Myosure ? 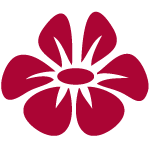